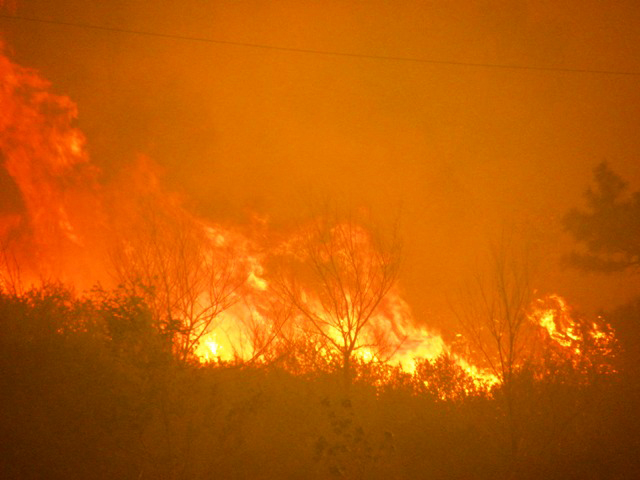 The United Nations Secretary-General, António Guterres, says that the latest IPCC report is “a code red for humanity. The alarm bells are deafening, and the evidence is irrefutable.” Of course, this is not news for many of us. How should we react to this?

Climate is a well-discussed problem, with a variety of “climate action plans” and a variety of climate groups to choose from. You’d think that we’d have action by now! Why is climate, despite all the attention it has gotten, such a difficult subject?

The first problem is that almost everyone is ignoring about half the problem, the half pertaining to livestock agriculture and land use.

Well, why do you suppose that is? We have a pretty good idea. It’s probably because they don’t fully account for the contribution of livestock agriculture. In their 2009 “Livestock and Climate Change” article, Robert Goodland and Jeff Anhang estimated that livestock agriculture was responsible for at least 32.6 Gt CO2e, which represented at least 51% of all greenhouse gas emissions at that time.

The total was probably even more than this, as Goodland and Anhang themselves said; they were making a conservative estimate, only going where they had specific data to rely on. Since their article appeared, their approach, emphasizing the need for radically different forms of land use, has been solidly supported by further scientific data. There was one such study in 2017 from Karl-Heinz Erb et al., another one in 2018 from Timothy Searchinger et al., and in 2019 from Jean-Francois Bastin et al. We still don’t really have a good estimate of what the true “carbon opportunity cost” of livestock is, but any way you figure it, there’s no possible way that we can deal with climate without dealing with livestock agriculture. I wouldn’t be at all surprised if the real figure for “land use,” which Goodland and Anhang estimated to be 2.672 Gt CO2e, turned out to be several times larger.

The total of livestock’s contribution is so unexpectedly high because we’ve overlooked the incredible destruction of the biosphere involved in livestock agriculture and the impact this has on the carbon cycle. Animals breathe out CO2, and plants remove CO2 through photosynthesis. Remember CO2? That’s a greenhouse gas. Total animal megafauna biomass has increased seven-fold since the industrial revolution (mostly livestock), and we’ve destroyed about half of all plant life on earth! And this doesn’t even get into methane issues (cows are a key source of atmospheric methane). Of course this is going to affect climate, and not just in a small way, either.

Oh — one more thing, perhaps the most important. We’re putting substantially more greenhouse gases into the atmosphere than we think we are. My guess is that this is one reason why scientists’ models so consistently understate the problem.

So if everyone goes vegan, or nearly-vegan, then have we solved the climate problem? 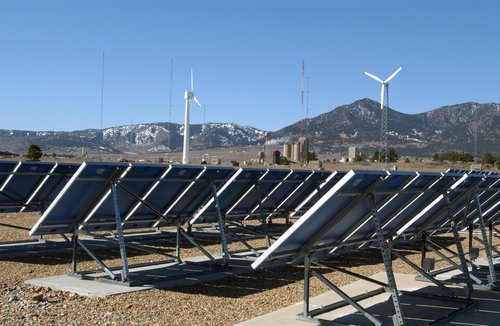 This would be the wrong conclusion to draw. Veganism—or at least a huge increase in veganism—is necessary, but not sufficient. First of all, fossil fuel use is still a huge part of the climate problem and it’s growing. If we continue burning coal, driving cars, and making so many babies, going vegan isn’t going to be nearly enough. Second, we’re going to have to replace fossil fuels anyway, and soon, because they are finite. We’re likely past the peak of oil production, and we don’t really have a replacement for fossil fuels in nearly the quantity needed to sustain our consumer society. Third, when fossil fuels decline—whether because we replace them, or because the economy collapses when they decline—climate change will worsen, because the sulfate aerosols which have heretofore been masking much of the warming effect of greenhouse gases, will drop out of the atmosphere quite quickly, while the CO2 will remain behind for centuries.

Everyone assumes that renewable energy will solve the crisis, but renewable energy has many problems. See Alice Friedemann’s Life After Fossil Fuels, the debate between Christopher Clack et al. and Mark Jacobson, Gail Tverberg’s blog “Our Finite World,” the recent book and movie Bright Green Lies, and Megan Siebert at the “Real Green New Deal” web site. These problems include intermittency and storage, infrastructure issues, providing industrial heat, shortages of rare earth minerals, declining EROEI (“energy return on energy invested”), and political issues in the rather massive changes in lifestyle made necessary by the foregoing. None of these problems are fatal, and they all need to be discussed further. But they all chip away at the EROEI of renewables, meaning that at the end of the day we will have drastically less energy to power our society. The current industrial economy will end and we will live in a completely different world.

In fact, a key argument for moving on agricultural issues (limiting livestock) rather than energy issues (building a renewable energy infrastructure) is that limiting livestock is much, much easier! We think of planetary veganism as being a hopelessly idealistic, unreachable goal, but planetary veganism is a piece of (vegan) cake compared to the massive social changes needed to transition to a renewable energy economy.

The UN Secretary General declares a “code red for humanity,” but I doubt that he knows even the half of it. Most proponents of the Green New Deal, most climate organizations (with perhaps a few exceptions, like Climate Mobilization), and most everyone else as well, likely appreciate neither the depth of the problem nor the approaches needed for these increasingly urgent climate issues. Developing approaches and making them clear is now our urgent task.

3 thoughts on ““Code red for humanity” — what does this even mean?”