This letter to the editor of The Denver Post appeared in today’s paper (February 5, 2021).

Re: “Moves on energy, climate need to be smart,” Jan. 31 letters 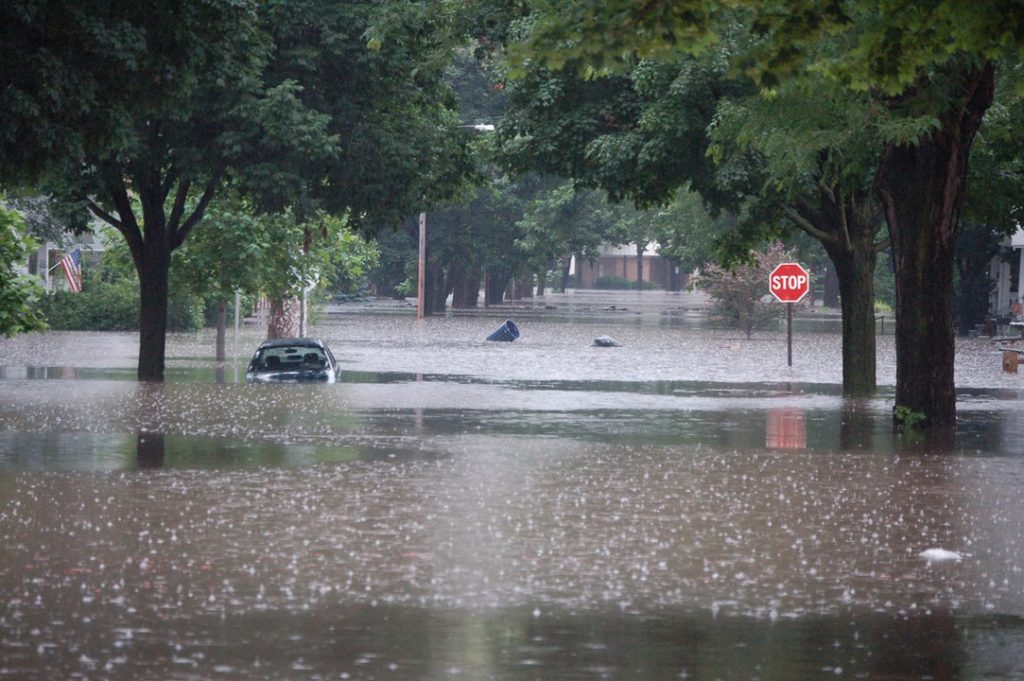 Flooding in the US Midwest, 2008. Don Becker, USGS (public domain).

In a recent letter to the editor, someone said that the President’s suspension of oil and gas leases had put him out of business and had failed to stop one CO2 molecule from being released. Good points! To be consistent, we need a “cap-auction-trade” system restricting both the production and consumption of oil.

Yes, this would put even more people out of business. But our economy is in the toilet because we’ve been overusing resources for the past 50 years. We have far overshot planetary boundaries, and not just with climate. What about peak oil, mass extinctions, soil erosion, and deforestation? Real wages in the country have been stagnant for 50 years. Even this tepid economy was only possible with vast environmental destruction and mountains of debt.

Radical measures are now absolutely necessary. We need a much smaller economy. We need a Universal Basic Income and need to heavily tax the wealthy so that no one is destitute. Besides a cap on oil consumption, we need a cap on use of other metals, minerals, and land. Returning all the vast tracts of grazing land to wilderness or forests would naturally sequester vast quantities of CO2. If consumerism isn’t dead, we need to kill it. Without drastic action, we won’t have a future at all. We must unite to address this problem.

8 thoughts on “In defense of drastic moves to curb CO2”