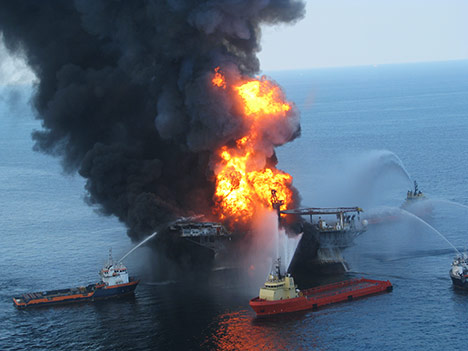 Wait a minute, it has PROBABLY arrived. Allow me to explain.

Peak oil — the maximum point of world oil production — is a very big deal. It will very likely signal the end of economic growth, because oil is the key energy source in the country. Thanks to the pandemic, we are approaching a global depression, if we are not already there. But thanks to peak oil, not only will things not go back to “normal” soon, they will never go back to normal.

When I attended the first national peak oil conference in Denver (sponsored by ASPO-USA) in 2005, the informed consensus opinion seemed to be that oil would peak between 2005 and 2015. But, despite the 2008 oil price spike and the Great Recession, that didn’t happen. Oil production continued to increase, although rather sluggishly.

But these marginal increases in oil production have come about only as a consequence of environmentally damaging and increasingly costly unconventional oil, most notably the so-called “shale revolution” (fracking). Oddly, this increase in fracking has not been driven by profits. Shale is a financially losing proposition, and in fact has been losing money from the beginning in about 2008. Yet investors continued to pour money into it, hoping that it would be the “next big thing.”

Their interest in continuing to lose money, though, was starting to wane even before the pandemic, and it seemed that we had reached a “peak oil” moment. “The North American oil market has been grossly overcapitalized,” we are looking at “The Great American fracking bust,” and “We are sitting on the top of an unexploded bomb [corporate debt binge].”

And then the pandemic hit.

“Hubbert’s pimple”: the insignificance of the oil age.

2018 was likely the year of peak oil. The classic peak oil arguments are still basically correct. We have to discover oil before we can extract it; and oil discoveries have been declining for about 50 years. Peak oil “should” have occurred in 2008, at the outset of the Great Recession. The reason it didn’t occur until about a decade later has little to do with drilling technology or economics. Rather, it has to do with politics.

As long as it is physically possible to continue producing oil, oil will be extracted regardless of what it costs, if there is the political ability and desire to do so. The whole economy hinges on oil, and a lot of rich people will lose money if oil declines. Political leaders could attempt a variety of policies to increase oil extraction. Bush tried invading Iraq; Obama opted for bailing out the banks and “quantitative easing”; Trump is diligently cutting back those pesky environmental regulations. In an extreme case, the President could send in troops to the oil fields to keep them pumping. None of this truly reduces the cost of oil; it just shifts the costs to someone else or to the future.

It’s hard to see how we could successfully prop up the oil industry. OK, President Trump seizes power and sends in the troops to insure that oil extraction increases. Really? Even if that happened and everyone acquiesced, the economy is in the toilet, there is at least 14% unemployment and rising, and the average RELATIVE wage — your salary compared to the GDP — has been declining for decades. This still doesn’t sound like an economy that is “roaring back.” At best, it sounds more like a submissive population unable to resist overbearing elites. This is not a formula for inspiring public economic confidence. It is probably already politically impossible to continue propping up the oil business.

I have one small doubt. What about the Green New Deal? Suppose that the Democrats sweep to power with overwhelming majorities. With a surge of popular enthusiasm, they enact legislation to get the nation to 100% renewable energy within a decade. THAT might do the trick. This would be highly ironic, because the Green New Deal is intended to build alternatives to fossil fuel. By going on a massive spending and building spree, with government support and popular enthusiasm, we might get a temporary increase in oil production and consumption.

The Green New Deal and 100% renewables for the United States (much less the world) seems unlikely in the near future. It would require a sudden onset of extraordinary political unity. Moreover, people need to be warned that this path, however necessary, will leave us a lot poorer, and unless we start reforesting grazing lands it won’t even work — in fact, it would make the climate crisis worse! Look before you leap: we should have realistic expectations about what a renewable economy would look like.

In any event we seem to have reached peak oil. The immediate cause is not declining oil reserves or the failure of fracking techniques. It is a political failure. Peak oil will not be the cause of limits to growth, but a consequence of limits to growth. This is the reality, triggered by the pandemic, which has newly descended upon us.