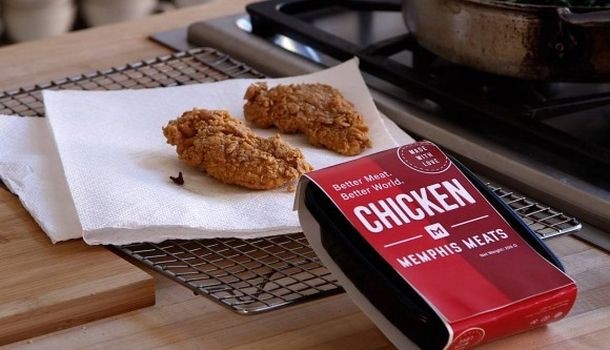 By now, many people have heard about “clean meat” — also known as “lab-grown meat,” “cell-based meat,” or “cultured meat,” among other monikers. It’s meat that doesn’t come from slaughtering an animal, but through cultivation of meat cells in a lab. No slaughtering of animals is required.

Now the question is, is clean meat vegan? At first glance, the answer to this question seems obvious. Clean meat is, well, meat. And meat is not vegan. Therefore, clean meat is not vegan. However, it depends on how you define “vegan.” The problem is that clean meat, while it is really meat, doesn’t obviously exploit animals or cause animal suffering at all. This last point is hotly disputed, but the answer is not obvious.

Before we get too far down the road, allow me to present my conclusions. The real point of this blog is not to investigate clean meat, but to investigate veganism. Veganism is ambiguous. It is a concept like “justice” or “beauty” of which we have a general concept, but which is a bit fuzzy around the edges.

Let’s say we are looking at the concept of justice. When could we say, “justice has been served”? At least in my part of the universe, we know that Roger Stone is guilty, and he’s been duly convicted. The only question is how long he should stay in prison. Trump thinks this was a miscarriage of justice. But others would say that Stone should get life without parole. People will disagree, but does this mean that there is no such thing as “justice”? Of course not. We have a basic concept, but we have different ideas about how to apply this concept in each instance.

Well, guess what: there’s the same issue with veganism. We understand the basic concept, but it is “fuzzy” around the edges, and different people use the term in slightly different ways. The Vegan Society defines it as follows: “Veganism is a way of living which seeks to exclude, as far as is possible and practicable, all forms of exploitation of, and cruelty to, animals for food, clothing or any other purpose.”

As to whether clean meat is vegan, you could argue this question either way. Some people argue that clean meat requires a slaughterhouse product (bovine fetal serum) to get the culture process started. But there are some companies that are not using this product (Memphis Meats being one, if I recall correctly), so their business would be ethical in that respect. Then there is the question of whether extracting a single cell from an animal is “exploiting” them. Suppose that the extraction process is painless — say, gathering a feather that has fallen from a rescued chicken. And, if no animal was killed or harmed, what’s wrong with clean meat, from an ethical point of view?

Interested people should look at the clean meat debate, which is helpfully posted by the “anti” clean meat people. This debate is helpful, though as a former high school debater I found the lack of rebuttal on both sides a bit distressing. (The speakers tended to deliver “set piece” speeches which mostly didn’t address specific things the other side said.)

To be clear, I don’t think that anyone in the debate tried to argue specifically that clean meat was vegan, just that it might be “good for the animals.” In part, this is because part of the marketing plan for clean meat is that it’s “real” meat. But if in fact no animals were killed or harmed, then it would seem to be a logical consequence that clean meat is vegan.

I am inclined to agree with the “anti” people about the more pragmatic reasons to be against clean meat. Regardless of how humane it is, it’s just not “natural” to eat meat, for health reasons. There’s zero fiber and lots of fat and protein. And what is the practical effect of clean meat on the market place for meat? Will it ever be truly cheaper than the slaughterhouse version of meat? Will it actually cause a decrease in meat consumption? Well, maybe, but it’s not clear. But even if it’s a bad idea, that doesn’t mean it’s not vegan. Drinking Coca-Cola is a bad idea, but it’s still vegan.

If we do say that clean meat is vegan, this would have the odd consequence that something could be vegan, without being vegetarian! The definition of “vegetarianism” does not suffer from the same ambiguity: a vegetarian does not knowingly and willingly eat meat, fish, or fowl, in any form. It doesn’t matter whether the meat is “clean meat.” That’s because the definition of vegetarianism is very specific. Eating meat, by definition, is not vegetarian.

The definition of veganism above, though, is less specific. It only identifies outcomes of a vegan choice, not the choice itself. We have to figure out for ourselves whether a specific product promotes the outcome of exploiting animals. Even if it wrecks the environment and causes cancer, as long as it doesn’t exploit animals, then it’s vegan.

I am inclined to say that clean meat is not vegan, but that’s because I disagree with the definition above. Veganism, in my view, is a logical extension of vegetarianism; a vegan is a vegetarian who goes further than abstaining from meat, fish, or fowl. Veganism is a concept still in development, and is still ambiguous. Vegans should keep this in mind before making dogmatic statements about what is, or is not, vegan.

Personally, I wouldn’t invest in clean meat any more than I would invest in production of vegan products such as Coca-Cola. But this wouldn’t have anything to do with exploiting animals. And, if you’ve got a couple of million dollars to blow, you could probably do a lot worse than investing in clean meat.

5 thoughts on “Is clean meat vegan?”